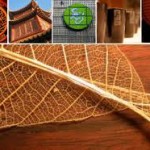 The researchers discovered that acupuncture exhibits regulatory effects on special brain cells in the hippocampus called neural progenitor cells (NPs). These cells contribute to the maintenance of the brain and spinal cord. A major function of NPs is in the replacement of damaged or dead cells. Injured cells activate NPs to differentiate into the target tissue.

The research team cited numerous studies demonstrating “that acupuncture is an effective remedy for depression and it may be as effective as antidepressant drugs.” They also note that electro-acupuncture increases neurogenesis in the hippocampus as do SSRIs (serotonin reuptake inhibitors), a class of antidepressant medications. Neurogenesis is the process by which neurons are generated from neural stem and progenitor cells. To learn more, a full write-up is available online at HealthCMi.

3. Studies confirm prior findings that acupuncture significantly reduces hypertension. Researchers conclude that acupuncture has a “stable antihypertensive effect.” Acupuncture point KI3, located in the ankle region, was shown to have an “antihypertensive effect for essential hypertension.” Over 1.5 billion people have high blood pressure and it is the leading cause of death amoung cardiovascular disorders. In the USA, high blood pressure is the most common chronic medical disorder associated with doctor office visits. The American Heart Association estimated that the cost of this disorder exceeded $76 billion dollars in 2010. To find out more, visit the HealthCMi page on this topic. Back Acupoints

4. Research produced overwhelming scientific evidence that acupuncture reduces pain. The discovery created a great stir because it was published in the prestigious Journal of the American Medical Association (JAMA). Researchers from Memorial Sloan-Kettering Cancer Center, New York and Technical University, Munich conclusively proved that acupuncture reduces pain. The sham-placebo controls examined in the meta-analysis met the highest standards and put to rest the age old question, does it work? The comprehensive investigation reviewed 31 studies involving 19,827 patients. After 2,000 years of clinical success it is now official, acupuncture stops pain. Learn more in the full news article.

5. New research demonstrating that acupuncture significantly improves pregnancy rates and has potent effects in reversing infertility. The study measured acupuncture’s success in patients using IUI, IVF and for those using no biomedical interventions. All three groups showed significant improvements in pregnancy rates. Lear more in the article on acupuncture for fertility.

Another investigation receiving widespread attention is that acupuncture combined with ginger moxibustion has a curative effect on patients with intractable tinnitus, ear ringing. Researchers from a hospital in Hubei province treated cases of intractable tinnitus using acupuncture and ginger moxibustion. They achieved an overall effective rate of 91.18%. The study outlined a special protocol for the treatment of this pernicious and often difficult to treat disorder. Lean more in the article on acupuncture for tinnitus.

Another recent study finds that acupuncture benefits the ovaries by regulating sex hormones for cases of PCOS, polycystic ovarian syndrome. According to the research, acupuncture facilitated “the normal transformation of ovarian androgen to estrogen” and restored normal endocrine system functions. This type of laboratory research, now common, measures the direct impact on bodily biochemicals by acupuncture. This helps to explain the long-lasting therapeutic effects caused by acupuncture care. Learn more in the article Acupuncture Regulates Sex Hormones in PCOS.

emergency department care for pain and/or nausea and its impact on emergency care delivery: a feasibility study.” Acupuncture in Medicine (2014): acupmed-2013.

Links to Research was last modified: May 16th, 2014 by denise